The following article piece appeared in the 90th Anniversary souvenir programme back in 2012. Written by John Ward.

Now we are celebrating 90 years since the first Austin 7 (as we know it) appeared in 1922. Its history and details have been well published and recorded. Not so well recorded is the history of the Austin Seven Clubs’ Association (A7CA) and I have been asked to recall how it came about because I suspect many people now involved will have little knowledge of these things.

The A7CA came into being at the beginning of 1969 and has continued virtually unaltered in format and operation ever since. However it is necessary to go back a few years to pick out the reasons it came into being.

In the early 1960s a group of Austin 7 owners, mostly in the South of London, started a Register of Austin 7s within the 750 Motor Club. The Registrar was John Thorne. The Register soon became more than a list but an increasingly active and expanding car group. This activity went National with rallies at Beaulieu where longstanding Austin 7 enthusiast Michael Ware (then the photographer and later curator of the Museum) controlled everything. In the following years these rallies really brought the National interest in the pre-war Austin 7 to prominence.
After the 1963 rally I purchased and restored a 1928 Tourer for the 1964 rally. Many A7 owners in the Midlands became known to me so I started a Midland Register Group meeting with the 750MC Midland Centre. Brenda and I organised a rally at Stanford Hall where the Midlands 750 MC Centre were holding the Inter-Centre driving tests. From then on the Midlands Register Group was well established and I wrote a regular spot in the Register Newsletter The Advocate.

In the next few years the Register, like Topsy, grew and grew. So did the Midlands Group. We ran the 1965 Stanford Hall Rally just as an A7 event. The National activity gave the 750 MC all sorts of problems. Other regional groups followed our example and set up all over the country not all in 750 MC centres. These owners wanted to be in a club activity world not just a Register.

Some efforts were made by myself and others to convince the 750 MC Board to let the Register become an independent organisation or National Club. I recall a Register AGM around 1967/8 where Viv Orchard, then in charge, completed a meeting resolution of independence but the 750 Board could not agree – in retrospect understandably.

By 1968 some Register groups were hiving off to form local clubs. Worse still some existing clubs had no desire to combine with the 750 MC at all. The National A7 activity was becoming fragmented and was in dire need of bringing together. Somehow I became the focus of this activity.

Thinking about the situation, as I had raced my Ulster in the Eight Clubs Association meeting at Silverstone, I realised that our Association of A7 Clubs and interests may provide the only way of bringing them all together on a National or even International basis. To cut a long story short, I set about contacting and writing to everyone who may have an interest and was pleased to find more or less everyone willing to support the idea.
I arranged a meeting at the Manor Hotel in Meriden on 17th November 1968 to see if an Association of Austin Seven Clubs could be formed. Present at the meeting were:

After much friendly discussion it was agreed to form The Austin Seven Clubs Association. It was to commence on January 1st 1969. I arranged the first meeting at The Dun Cow Hotel, Dunchurch, on 19th January 1969. Present at the meeting were:
Pre-War Austin Seven Club Derby – Neville Barr and Tony Harding
Bristol Austin Seven Club –
Ian Dunford and Geoff Sheppard 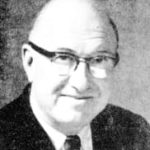 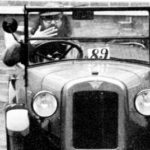 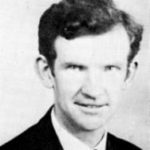 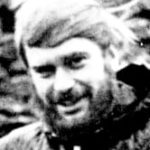 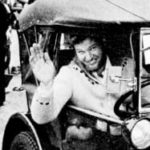 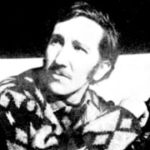 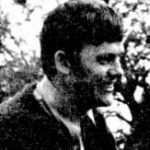 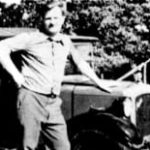 A bank account was opened by Treasurer Donald Doughty who floated it with a fifty pound loan which I suspect was never repaid. Annual fee was set at £5 per member (club).

An association or club without premises or permanent staff only exists when it meets or has events or in its publications. Right from the start we aimed to have a proper magazine and Tony Griffiths agreed to be the first Editor, and Mike Costigan to produce the actual printed article; he conveniently worked at Wilfred Edmunds of Chesterfield, our first printers. When we discussed the cover I was familiar with many A7 handbooks, parts lists etc and I said why not have a grey printed cover the same. Mike said he could get the necessary grey cover paper and so the Grey Magazine with annual sequential numbers was born. Strangely it is no longer grey.

Doug Skerritt from Southend said he could come up with the letter headings. He chose the letter type and he came up with our own winged wheel logo to go with it. We even had this logo on envelopes just to show what a group of substance we were.

To show we could do it we decided to hold a Golden Jubilee Rally in 1972 to celebrate 50 years of the Austin 7. I was heavily involved in this and through the good offices of Ivor Greening, the BL Press & Publicity man, we got the rally within the works. So nearly 500 cars all lined up inside, with our own exhibition in the main building. It was amazing. The following day there was a cavalcade of several hundred cars down from central Birmingham to Lickey Grange all supported by the Birmingham Council and Police; hardly seems possible now but all the helpers from the member clubs of the association played their part to leave an abiding fond memory of a fantastic event.

In the run up to the Golden Jubilee Rally I took a phone call from Stanley Edge. He rang to find out about the Association and Rally. He was very pleased that I knew about him, the man who drew up the original A7 drawings at Lickey Grange with Sir Herbert. I lost no time in going to meet him where he lived in Oswestry. There he had many of the drawings for the first A7 – amazing!

Stanley became a great friend of the Association. He wrote several articles about how the first A7 was designed and built. His regard for the Association was such he presented the drawings to the A7CA. These are the crown jewels of the Archives looked after by long term archivist Phil Baildon.
So here we are in 2012, getting ready to celebrate 90 years since the first A7 as we know it appeared. There is to be a Grand Rally at Warwick School with a potential gathering of 500 cars or more. The A7CA is itself now 43 years of age. This in itself is remarkable showing that all those years ago we got it right – long may it continue!.
recalled by John Ward