Sir Herbert is quoted as saying: 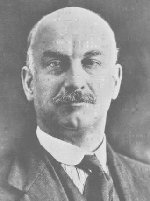 “The Austin Seven has done more than anything previously accomplished to bring about the realisation of my ambition to motorise the masses.”

Back in 1971 when A7’s let alone A7 bits were below the auctioneers gaze, the Austin Seven Clubs’ Association was getting nicely into its stride. The Magazine was in its second year and in prospect was the Golden Jubilee Year.

As part of the build up, we decided to gain the maximum and earliest publicity for the coming years’ events, principally to reach any people with A7 interests who would not necessarily be seeing the Magazine or various club newsletters.

At the beginning of 1972 we gained coverage in Motor Sport magazine. Through the lifelong interest of the Editor Bill Boddy, there has always been a regular Austin Seven element in the pages over the years and in 1971/2 they gave much additional information for the Golden Jubilee celebrations.

I have noted in Motor Sport certain arrangements are in hand regarding the half-century since the birth of the Austin 7. I will tell you why I am interested, and I would like to join in some commemorative event if at all possible. In 1972, I am coming up to my 69th birthday and fifty years ago on Tuesday after Easter I went down to the Longbridge Works with a roll of drawings, and went into a small “secret” department in which were produced the first three Austin Sevens. Two of them were completed by Whitsuntide 1922 and one was demonstrated at a sort of Carnival on Whit Monday on what we then called “The Flying Ground” which was the hill on which the “Kremlin” now stands. The time from August 1921 to Easter 1922, I had spent at the home of Sir Herbert Austin – he was always Sir Herbert to me – at Lickey Grange, Rednal and I was the ONLY man employed on this design work, and I do, in fact, have a number of original drawings and note books made during this period. While I was too young in those days to receive munificent recognition of my work I was not too young to have argumentative discussions with Sir Herbert putting forward my own views, and mostly being listened to with great courtesy.

I made up my mind before 1968 that when 1972 came along I would propose to B.M.Co. that we should have a small celebration. I was then living in Warwick Road, Olton Solihull, and visiting Longbridge fairly regularly on business, while at the same time George Harriman was living a few miles further up the road. Even in 1967/68, none of my old colleagues of 1921/22 were employed at Longbridge and only a few of the people I was meeting in 1967/68 knew, by hearsay, of the events of 1921/22. Now obviously the celebrations which the “Seven” Clubs may be organising, will be more concerned with running and rallying about the country, than what I had vaguely in mind, i.e. talks and getting together at works, but when reading Motor Sport I thought perhaps there might be some “common ground” and without in any way wishing to intrude upon the modern scene, some of the organisers might like to talk to me. You will note my address, and in any case if you think I am vegetating on the Welsh Border I inform you that I am still designing mechanical devices mostly in the automotive field and have been doing so, off and on, since 1921/22. I mention this because during the week I have a job to go to and at the weekend I feel entitled to put my feet up. I am in fact just as keen to get a job finished and into production before this Easter 1972 as I was for the Seven in 1922. In the early fifties I used to give a talk occasionally, about how we produced the first Seven, and I expect I can find these notes amongst my papers if they would be of interest.

You can imagine that this was quite fantastic!

Few of us at that time had investigated the origins of the first A7’s but since Lord Austin died long since, the actual process of the design in the Billiard Room at Lickey Grange was shrouded in secrecy, just as it had been from day one.

We knew only that “a draughtsman called Edge” was the only other party to the design, and here we were in touch with him. This was marvelous, incredible, the Magazine editor Tony Griffiths shouted “scoop” and Stanley soon provided us with such a detailed and personal insight that the secrecy which had gone before was soon removed. Few other one make clubs have been so served.

It is strange that with the acclaim the A7 has received over the years that Stanley should ever have been left in relative obscurity. He was still involved with the motor trade albeit on the equipment supplies side. We were able to bring him out of obscurity and not only discovered how Sir Herbert and Stanley designed the first cars, but also to receive, at the age of 69, something of the recognition he deserved.

Stanley thought the world of the Association, the clubs in it and all the enthusiastic owners. Always a friendly and amusing man, he was delighted to be involved with the Golden Jubilee. We in turn were honoured to have him with us. He was quite amazed at the Longbridge Golden Jubilee Rally, especially the cars lined up at the works. He was so thrilled, his support continued and he became Hon. (genial) President of the Association and widely known in the Austin 7 World and beyond. His regard for the A7CA was complete.

Right from the first contact he made available his original notes, sketches and drawings. These, together with the articles he wrote piled scoop upon scoop. As he became more involved with the Association activities he made it known that he wished the Association to have these documents which is now complete.

They give the archives a rare and almost unique base for the technical appreciation of the first cars. This benefaction means that the Association must take proper care of them. Indeed, it gives a direct obligation for the future that the Association exists to provide this care and to maintain the services and activities that Stanley enjoyed and supported so much from 1972.

We have been privileged and lucky indeed to have had the presence and support of Stanley Edge since he first wrote that letter. We shall remember him with gratitude and affection as the best friend of the Austin Seven Clubs Association and all it represents.

The notebook, which is over 100 pages long, has been broken down into sections of approximately 10 pages. You can download them in PDF format by clicking on the links below.